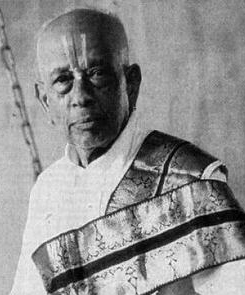 Born in the culture-rich Tanjavur district of Tamil Nadu, Sangita Kalanidhi Ariyakudi T Ramanuja Iyengar was primus inter pares among a galaxy of distinguished vocalists at a time when the modern Carnatic music concert was still evolving.
The Ariyakudi bani was recommended as the golden mean—his kala pramana was largely of the middle tempo, his manodharma essays were of moderate length and his swara prastara eschewed complex arithmetic despite his mastery of laya. He believed gamaka was the soul of Carnatic music and used his fluid, well-modulated voice to achieve that end, without indulging in excess or abjuring straight notes. His was raga music, based on the strictest grammar without ever making a show of it.
Ariyakudi earned his position of pre-eminence not only with his masterly music, but also by restructuring the concert format in the 1920s to suit changes in audience tastes.
The typical cutcheri was earlier often a five-hour affair featuring a small number of compositions preceded by expansive raga alapana and ending with an elaborate ragam-tanam-pallavi.
To Ariyakudi, brevity was the soul of music, and he tweaked the concert pattern to adhere to this ideal. This meant not shorter concerts but a large number of items, with Ariyakudi firm in his conviction that the manodharma elements—alapana, niraval, swara prastara—could be presented in relatively brief capsules, and that overlong expositions ran the risk of repetition. Continuing to be founded on traditional values, his concerts offered greater variety to the public.
The typical Ariyakudi concert started with a varnam—usually one composed by his guru Poochi Iyengar—and one of the pancharatna kritis of Tyagaraja. He invariably took up a suddhamadhyama raga and a pratimadhyama raga each for detailed treatment, followed by a number of kritis before he launched into ragam-tanam-pallavi. The length of each item was tailored according to the length of the concert—anywhere between three and five hours.
With his vast repertoire of songs of the great composers, principally the Trinity, Ariyakudi never stopped learning new compositions. Unswerving musical ethics ruled his career, nowhere better exemplified than in his refusal to sing Tamil songs exclusively under pressure from the proponents of Tamil Isai, despite his impressive collection of Tamil bhakti music, including many verses he had set to music. He was a towering figure all his life.
Posted by Sruti Magazine at Wednesday, May 23, 2012