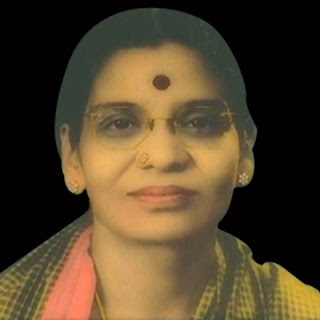 T Brinda of the Brinda-Muktha duo fame was a torchbearer of the grand Veena Dhanammal school of Carnatic music, known for its unhurried movement and intricate graces. A vocalist, she like her younger sister and concert partner Muktha, was a musician’s musician. She could also play the veena, which she learnt from her grandmother Dhanammal.
After initial training from their mother Kamakshi, Brinda and Muktha trained for some four years under Kanchipuram Naina Pillai, and later their aunt Lakshmiratnam. Brinda absorbed both the intricate Dhanammal style and Naina Pillai’s fast paced music and blended them seamlessly into her singing.
Her voice was known for its nuanced microtones, clarity, depth and majesty, in slow or super slow speeds, plain notes or oscillations. Modulation was a key aspect of her voice production, sharper when she sang subtle, fast phrases in the higher regions and deeper when she sang sustained notes with karvai or reached down to the lower octave.
Her peers respected her for her musical knowledge and acknowledged her as an expert at rendering ragas that featured complex patterns and subtle gamakas, such as Begada, Mukhari, Sahana, Surati, Varali and Yadukulakambhoji.
She was a repository of Kshetrayya padams and javalis—romantic compositions rich in musical content—the songs of Gopalakrishna Bharati, Ghanam Krishna Iyer, Subbarama Iyer, Subbaraya Sastri, Patnam Subramania Iyer and many rare compositions of the Trinity.
Most topnotch musicians liked the Dhanammal school for these nuances, which they tried to incorporate in their music. Among those who learnt songs from Brinda were Semmangudi Srinivasa Iyer, RK Srikantan, Ramnad Krishnan and MS Subbulakshmi. Aruna Sairam, Rama Ravi and N Ravikiran were among those who became full-fledged students. Her daughter Vegavahini Vijayaraghavan was the disciple who accompanied her in concerts after the break-up of her partnership with Muktha.
Refusing to deviate from her musical convictions, Brinda did not record commercially. As her concerts did not conform to the Ariyakudi cutcheri format, she was rarely the busiest artist around. It never bothered her.
Among the many awards Brinda received was the Sangita Kalanidhi, the highest honour in Carnatic music.
Posted by Sruti Magazine at Saturday, May 26, 2012