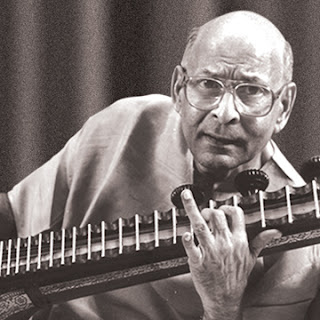 Veena S Balachander was a multifaceted genius. The facts speak for themselves: a stage performance with the khanjira at age six; a full-fledged concert on the sitar before he turned twelve; a staff artiste of All India Radio by the time he was fifteen, with the ability to play the tabla, mridangam, harmonium, bulbul tarang, dilruba, and shehnai; mastery of the veena, which he started playing on the concert platform by age 20; a successful venture into the world of cinema as actor, director, producer, music director and so on.
Balachander was a successful professional in all these fields, and an original, colourful character, to boot. Born to V Sundaram Iyer and Parvathi at their Mylapore home in 1928 (though the family originally hailed from Srivanchiyam in Tanjavur district), he was exposed to music even as a child, with elder brother S Rajam a talented vocalist and painter in the Ajanta style.

Home was also a mini-sabha of sorts, with the top musicians of the day performing there at concerts regularly held there. Ariyakudi, Muthiah Bhagavatar and Madurai Mani Iyer were among the frequent performers there, while Papanasam Sivan became an honorary member of the family.
With such favourable genes and environment, no wonder all the children displayed an aptitude for the arts. On top of all that, Rajam, Balachander and their sisters acted in Seetha Kalyanam, a film their father Sundaram Iyer made in collaboration with V Shantaram.
Amazingly, Balachander taught himself to play the veena as he did all the other instruments. With the veena, it was love at first touch and it became a life-long obsession.
Balachander’s music took him all round the world. He also recorded prolifically, with a 12-LP set of records of the 72 melakarta ragas occupying pride of place among his commercial recordings. His concerts were often unpredictable adventures, but never boring.
Along with his die-hard fans, Balachander was among the greatest admirers of his own music. Yet, for all his bluster and idiosyncrasies, he was a much loved teacher, hero-worshipped by his disciples.
A man of high IQ and unusual courage, Balachander courted controversy repeatedly in his career, crossing swords with stalwarts like Semmangudi Srinivasier and M Balamuralikrishna.
With Semmangudi, his quarrel was over the authenticity of the compositions attributed to Maharaja Swati Tirunal of Travancore and with Balamuralikrishna the vocalist’s claims of authorship of new ragas.
The eccentric genius delighted in calling a spade a bloody shovel and flooded the Press with constant showers of letters and personalised artworks proclaiming his own greatness and the causes he advocated.
In the process, he antagonised many individuals and institutions including the Music Academy, Madras, which not only did not honour him, but even blacklisted him as a performer.
Balachander’s accomplishments in the film field were no less praiseworthy. He was an astute director with rare technical acumen, expert wielder of the camera, more than capable music composer, dancer, comedian and fearless producer of experimental cinema.
His Anda Naal in the 1950s was an epochal film with no songs and a suspense plot rarely seen in Tamil cinema until then. And one fine morning, he simply walked away from cinema.
Veenai S Balachander was a Carnatic musician like none other—brilliant, erratic, dynamic. He was as different from his brother S Rajam—an artist of greata stature—as could be. He was unique.
Posted by Sruti Magazine at Saturday, June 23, 2012