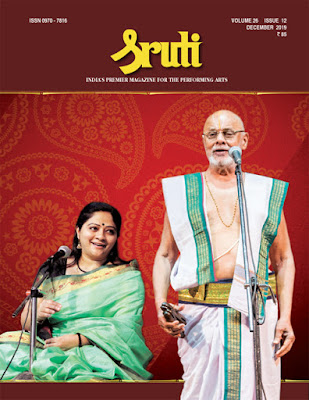 You will be happy to note that Sruti recently launched its YouTube channel. Stay in tune with us for news and views updates in the world of performing arts.
S. JANAKI
Posted by Sruti Magazine at Saturday, November 30, 2019