ITC-SRA seminar focuses on the media

By Devina Dutt
The annual seminars on different aspects of the research and practice of music organised by the ITC-Sangeet Research Academy at the National Centre for the Performing Arts have been important events attended by musicians, musicologists and media. This year the seminars were also supported by ICCR in association with the Music Forum, and chose to deliberate exclusively on the role of Media in the promotion of music. Ably guided by eminent sitarist and SRA trustee Pt Arvind Parikh, the seminar sessions were conceptualised as a quest for clarity on the functioning of Media at various levels and the opportunities that exist for musicians and listeners today.
The role of the media is all the more critical today when the urban context for music has seen sharp changes. An abundance of musicians eager to take the stage, the rise of big corporate sponsorship which has led to the Super Branding of a select few musicians, a media boom in the private electronic sector which ignores the arts and a decline in the numbers and quality of audiences, are factors that have an impact on the way music is presented and heard. The discussions that followed over the seminar this year were grounded in this context.
Prasar Bharti CEO Rajiv Takru began with a reassuring talk on the reach and resolve of both All India Radio and Doordarshan to serve the classical arts, emphasising that `12,000 crore had been set aside in the next Five year Plan for digitization among other technology upgrades and measures. He ended his talk by delivering a challenge to the electronic private media channels who, he hoped, “would consider a certain reservation for promotion of art and culture on which they consciously lose money”, in the interest of creating a far richer society. Such a challenge is quite appropriate in the present context. The Central government is said to be actively considering measures proposed by bodies such as The All India Musicians’ Group (AIMG) comprising iconic Hindustani and Carnatic musicians and convened by Pt Parikh, which will hopefully address a long standing gap in the contemporary cultural scenario. These steps include the setting up of a dedicated channel for the arts and special scholarships in the guru shishya mode for teachers and students alike. 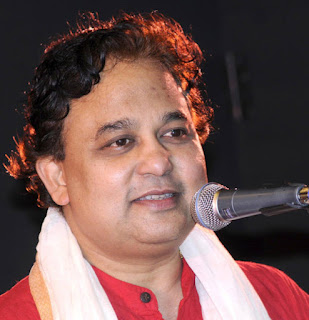 The keynote speech by Jayant Kastuar Executive Board member of the Sangeet Natak Academy, highlighted the problems of classifying such a vast musical heritage as exists in India and made the important point that although the discussion on music usually focused on classical music there was a greater unknown musical heritage in the folk and non-classical music traditions as well. While classical music had managed to re-contextualise itself for the urban patronage structures to an extent, the others were in greater need of attention. His references to changes within the media industry worldwide with fewer and more powerful media conglomerates delivering a homogenised global culture provided the perfect cue for a discussion on the role of print media.
N Murali, president of the Music Academy and a Director of The Hindu, cautioned against unrealistic expectations from the media. The panel had sharply divergent views from senior journalists Kalpana Sharma and Siddharth Bhatia. Sharma pointed out that the arts are critical and have a civilising influence on society. When Bhatia referred to newspapers as “supermarkets that have to offer everything to everyone” thereby relegating the arts to a niche interest, Sharma countered this by saying that in the hands of an imaginative editor the arts could be presented as riveting human interest stories, commentaries and features and not just as reviews.
It takes a brave man in these times to critique the contemporary classical music that is often heard, ironically enough from the more gifted classical musicians. V. Ramnarayan, editor Sruti pointed out that taking liberties with the form of the raga while staying technically correct was altering the very character of the raga. But in an age where critics lack knowledge how can they authoritatively critique these trends? “Lacking the knowledge of the critics of the past, journalists today cannot have strong views. So in the name of constructive criticism milder unremarkable criticism has become the norm”, he said. 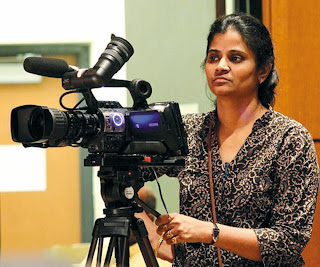 Dispelling the gloom were two successful examples from the private sector. Subhasree Thanikachalam from Jaya TV in Tamil Nadu started Mazghari Mahotsav, twelve years ago, a festival of Carnatic music with top musicians in Chennai which runs for the first two weeks of December. One hour capsules are then telecast for the next one month between 6 and 7 pm when it is the most watched show for that time slot. This telecast has managed to take the music to a wider public across smaller towns of the state.
“We have taken away the fear and awe that ordinary people usually feel about classical music and musicians”, she says. Three years ago Jaya TV started a reality Carnatic music show telecast three times a year for five weeks at a stretch which advertises itself as an opportunity to “build a career and not a mere competition” an inspired reference to the sustaining power and depth of classical music.
Vijay Nair, CEO of Only Much Loudly, a Mumbai based artist and event management company and indie record label created a space for music which falls between the classical arts space and Bollywood style Big Entertainment. In the last ten years the group has used a mix of grassroots processes which include performing in colleges for free and spreading the word on social media to create a vibrant community connecting listeners with similar tastes in music across the country. “We are not mainstream enough and not traditional enough but what we do have is a great sense of community” says Nair, adding that the musicians in this space recommend each other for concerts and publicly support each other in myriad ways. This openness and sense of kinship has no doubt played a role in the creating of a constituency of listeners, musicians, organisers and sponsors who have organically come together to make their form of music count.
Last year, the company produced The Dewarists, a programme on musical collaborations between diverse artists from India and abroad across genres. It was a well produced show capturing the highs and lows of the process of musical collaboration. Its success has now spurred ten TV channels to work on a similar concept, a welcome move that will bring more diversity in the music market in the country.
A glorious past in need of restoration
Apart from offering a platform distribution for Indian classical music and employment to great musicians in the past, All India Radio (AIR) has more than 65,000 hours of priceless music in its central archives of which more than 50,000 hours have been digitised. In a session on AIR its Director General Leeladhar Mandloi announced that the station would offer 11 channels from AIR to the internet soon.
Senior musician, sitarist and tabla artiste Nayan Ghosh brought a comprehensive and thoughtfully prepared list of suggestions that could improve the day to day functioning of AIR. This ranged from the upkeep of instruments to the absence of sound engineers and the poor quality of recordings. The discussion that followed exposed the disconnect between the pronouncements of the top rung of the government and their generous financial outlays with the accumulated systemic inefficiencies and red tape which plague these institutions and undermine their stated objectives. The paternalistic undercurrents which accompany the state’s munificence to the arts were also progressively revealed as the discussion threatened to go from good natured defensiveness to rather unpleasant as more musicians in the audience came forward to share their unhappy experiences with AIR.
Leading classical musicians Shubha Mudgal and Aneesh Pradhan’s well attended presentation on new media was a breath of fresh air. The duo set up Underscore Records almost a decade ago to promote musical diversity and set up a distribution channel for musicians on the net. “We are interested in creating an online community that celebrates diversity”, says Mudgal. Therefore the buying, selling and promotion of music is not limited to classical music alone. “If we musicians want to see ourselves as more than supplicants before patrons we need to stand on our own feet and the net is a terrific enabler”, Pradhan adds.
In order to help musicians of all genres as well as instrument makers use the net and its resources to their advantage, they have arranged special workshops training them to make podcasts and websites. Apart from protecting the dignity of the musicians these channels also liberate musicians from worrying about the saleability of their material since it is open for wider dissemination and appreciation.
Speaking as a musician who has understood the potential of the net, Mudgal says that at Underscore Records they believe that good music should be available everywhere. The musicians on their rolls give Underscore Records non-exclusive distribution rights that are detailed in transparent contracts which were displayed at the seminar. “We do not believe that there is any need for any kind of monopolistic control of material in this day”, they added. 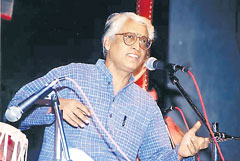 Discussing issues of performance context today, music critic Amarendra Dhaneshwar spoke about the problems that plague the performance stage and its politics and power games. Sarangi player Dhruba Ghosh cited the inherent social audit that used to allow elders in the past to keep tabs on the progress younger musicians were making before deciding that they were indeed ready for a public performance. With the erosion of those systems and the dawn of big ticket corporate sponsorship the eagerness to get noticed has created imbalances.
The last session invited views on the role of the media from the worlds of theatre and dance. Reacting to the gradual disappearance of reviews in the media today, playwright, critic and director Gowri Ramnarayan felt that critics played an important function. “By bearing witness to the directions that the arts take in every age, critics and their reviews are records and should be viewed as processes of cultural history”, she said.
Quoting Tamil writer Kalki writing in the 1930s about a Bharatanatyam performance by the legendary T Balsaraswati, Ramnarayan demonstrated just how indispensable an informed and sensitive review could be.
Reproduced from the ITC-SRA Mumbai newsletter
(The author is a Mumbai based arts critic, editor and corporate communications consultant).
Posted by Sruti Magazine at Tuesday, April 10, 2012