Another treat at Gharana Festival 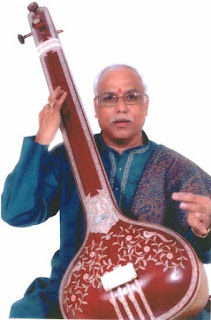 Exactly a day after I raised questions about the place of the harmonium in Hindustani music, listeners at the Prakriti Foundation’s Gharana Festival at Kalakshetra were treated to some top class harmonium accompaniment at Vinayak Torvi’s vocal concert in the series.
The artist in question was Vyasmurti Katti, regarded as India’s best—a view Torvi heartily endorsed half way through the concert. In his hands the instrument came to life in an altogether enchanting manner, drawing comparisons from old-timers with past masters like Apa Jalgaonkar.
Katti is a trained vocalist, according to Torvi, and it really showed in the sensitivity of his faithful responses to Torvi’s masterly vocal phrases.
Still, Vyasmurti Katti’s exceptional musicianship cannot detract from the case against the suitability of the harmonium for Indian classical music.
As I wait with bated breath for Kaivalya Kumar’s concert today in the series, I shall be perfectly happy for my view to be challenged by yet another excellent harmonium performance.
Vinayak Torvi’s performance was outstanding, with many listeners wishing the programme had been longer. The veteran was in excellent voice despite some trouble with the throat discernible early on. I shall not dwell on the details of the concert here as another correspondent is covering the festival for Sruti, but it went way beyond performance to communicate intensely, emotionally with the audience. After giving us a sweeping tour of the specialities of the Kirana gharana of which he is a leading light, he decided to offer us some samples of other gharanas as well, including the Gwalior gharana of his first guru. 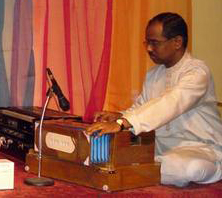 Whether it was alapchari or taankari or tarana rendering, he was at all times not only deeply immersed in the spiritual dimensions of the music but also miraculously remained master of the situation. The interplay of rasas, hasya not excluded, that he managed to weave into the music at speeds from slow to fast, always in control, always in moderation, made the evening a magical one for a Chennai audience that has not heard Hindustani music of such a high order in quite a while.
While speaking to the audience, Torvi recalled the warmth of earlier times, when the likes of Abdul Karim Khan interacted with Carnatic musicians, when the free exchanges included those of ragas that migrated from one to the other stream of “Bharatiya sangeet.” He missed the affection between the musicians of those times. “Today we may be staying on different floors of the same hotel but never meet, never attend each other’s concerts.” Listening to these words were a few more young Carnatic musicians in the audience than the previous day.