Music and the Sage of Kanchi 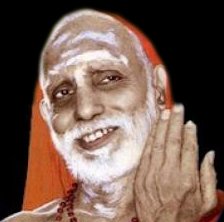 His Holiness Chandrasekharendra Saraswati, the sage of Kanchi, revered as the Paramacharya of our times, was known for his masterly knowledge of music, as well as of many other subjects. He was known too for his love for listening to good music, and for his solicitude for musicians. Over the years, numerous Carnatic musicians deemed it a great privilege to perform before him, for him. And he honoured many by recognising them as asthana vidwans of the Kanchi Kamakoti Matham.
The life-story of the sage does not disclose when and where he learnt to sing or play the veena, but he reportedly could do both. What is known is that his ancestors included Venkatamakhi, who formulated the 72-melakarta scheme.
The Paramacharya has given expression to his thoughts on and perception of music in his discourses. The thrust of the sage’s sagacious comments is that music offers one of the paths to god-realisation and that music should refine a human being, not lead him to the lowest depths of life.
The Paramacharya often asked musicians calling on him to receive his blessings, to sing or perform.
Once, Semmangudi Srinivasa Iyer, feeling blessed to have the opportunity to sing for the Paramacharya, rendered the kriti Mahalakshmi composed by Muthuswami Dikshitar in Madhava Manohari. The Paramacharya asked Semmangudi to sing it again. As the vidwan was nearing the end of the composition this time, the Paramacharya joined him in singing and then went on to explain the meaning of the lyrics to the congregation.
In another instance, after rendering Syama Sastry’s Devi brova samayamidey in the raga Chintamani, a well known musician chose to inform the Paramacharya that it was a rare kriti and the raga was perhaps a creation of Sastry himself. Further trying to impress his distinguished listener, the musician added that Syama Sastry was in great mental agony while composing the piece. The Acharya responded to all this by asking the musician, in low key, whether he could render one of the stanzas of the charanam of the song which he had omitted. The musician was dumbfounded that the Paramacharya was quite familiar with even rare songs.
For more on ‘Music and the Paramacharya’ see Sruti 109 (October 1993).
Posted by Sruti Magazine at Thursday, June 07, 2012