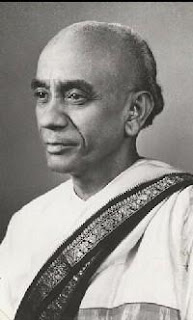 Mudicondan is the name of one of numerous villages in Tamil Nadu—notably its cultural granary Tanjavur district—to be made famous by Carnatic musicians or composers. Not only the recipient of the highest honour in the field, the title of Sangita Kalanidhi, Venkatarama Iyer of that hamlet was also known as the quintessential musician’s musician, someone who illuminated the morning sessions of the Music Academy’s annual conference with his scholarly lecture demonstrations. Yet his mastery of his art extended beyond its lakshana aspects to embrace its lakshya aspects as well.
Born to musically gifted parents—his father Chakrapani Iyer excelled in raga elaboration and tevaram singing—on 15 October 1887, Venkatarama Iyer started listening to Carnatic music and singing early in life, achieving considerable prowess in raga alapana before he turned ten. Among the many stalwarts from whom he imbibed his art were Konerirajapuram Vaidyanatha Iyer and Ramanathapuram ‘Poochi’ Srinivasa Iyengar, listening to them both at home and at weddings. His schooling at nearby Seerkazhi and distant Madras interrupted by his father’s death, Venkataraman decided he would plunge into a career in music rather than pursue an academic life.
Venkataraman’s music lessons began with Vedaranyam Swaminatha Iyer and continued with Konerirajapuram Vaidyanatha Iyer and Ammachatram Kannuswamy Pillai, from whom he learnt the laya intricacies he would one day integrate successfully in his concert repertoire. Debuting as a vocalist at Cuddalore at the age of 17, he lived on at Mudicondan except for an annual visit to Madras during the December season. His first concert at Madras took place at the Mylapore Sangeetha Sabha in 1919. It was not before 1948 that he actually shifted to Madras, where he became principal of the Teachers’ College in 1956. For this honour, he had the persistence of Dr V Raghavan, Secretary, Music Academy, and his own sage counsel at the academic sessions of the annual conference to thank. He had indeed made a huge impression on the delegates year after year, with one particular demonstration of the Simhanandana tala standing out for the Himalayan scope of his effort.
His manodharma in concert was sometimes likened to a limitless ocean, with the accent on bhava and raga swarupa and not innovation or pleasing effect. Tradition was paramount to him and he was a staunch believer in rendering kritis in the original raga and as the composer composed them. Examples were his insistence on the raga Abheri being sung with suddha dhaivatam, and the kriti Nadatanumanisam in Chittaranjani of the Jhankaradhwani janyam and not of the Kharaharapriya scale as later modified.
He was justly famous for his skills in tanam rendering and pallavi singing. He did not overstress kanakku, though he was a master of laya. As can be seen from the music of his disciples, R Vedavalli in particular, he chose words for pallavi or niraval based on how meaningful or melodious they were. They were often few in number and he sang them with much karvai. He believed that pallavi should be “pleasing, emotional in content, spiritual in satisfaction and intellectual in appeal.”
A lover of Hindustani music, Mudicondan admired the singing of Abdul Karim Khan and Faiyaz Khan. A keen researcher, he was a collector of rare books on music. In addition to his lectures at the Music Academy, he gave talks regularly for All India Radio.
Posted by Sruti Magazine at Saturday, June 16, 2012