Who's who in Indian classical music 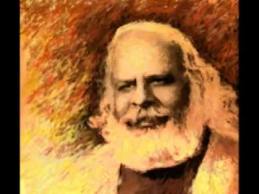 
Omkarnath Thakur (1897-1967)
He was an exemplar of the Gwalior gharana, but created a rare niche for himself in Hindustani music by incorporating abhinaya through hand and facial gestures in his vocal performances. To him the meaning of the lyrics was extremely important and he believed in giving the songs full expression on stage, quite unlike any of his predecessors or peers. His powerful and mellifluous voice, which could traverse three octaves, was renowned for gamak taan and kaku prayoga. He was perhaps the first romanticist in khayal singing.
Pandit Omkarnath Thakur, who was to rule the Hindustani music stage for decades in the 20th century, was born to Gaurishankar and Jhaverba at Jahaaj in the Khambhat district of Gujarat. His was an inspiring rags to riches story.
His grandfather had fought in the 1857 war of independence and both he and Gaurishankar were soldiers in the Peshwa army. By the time Omkarnath was born, his father had come under the influence of a mystic and was spending all his time in meditation and prayer. The family had practically no earnings, having been cheated by Gaurishankar’s brothers of his share of the property.

When Gaurishankar died, with his four children still young, Jhaverba  shifted to neighboring Bharuch in central Gujarat, where she worked as a domestic servant. Little Omkarnath helped her by working as cook’s assistant, mill worker, and occasional singer-actor in local theatre.
His lucky break came in his teen years. Seth Shahpurji Doongaji, a philanthropist noticed his talent and passion for music, and sponsored him for training under Pandit Vishnu Digambar Paluskar at the Gandharva Mahavidyalaya in Bombay.
Omkarnath learnt vocal music and the pakhavaj, and studied musicology. at the Gandharva Vidyalaya. He had to serve Paluskar under the guru-sishya tradition, and he did so with exemplary devotion. Omkarnath was barely 20 when his guru made him principal of the Lahore branch of the Vidyalaya. He proved an able teacher and administrator without neglecting personal growth as a musician.
Omkarnath was soon a name to reckon with in the world of khayal music, and by 1930, his fame had spread far and wide. After three years at Lahore, he returned to Bharuch to start a music school, which he shifted to Bombay in 1934, and Surat in 1942.
Omkarnath experimented with the healing powers of ragas, sharing his theories with the eminent scientist JC Bose who discovered plants have life. He proved that swaras could create bhava and rasa, through his individualistic interpretation of such ragas as Jhinjhoti, Khamas, and Tilang (sringara), Hindol,Sankara,Adana and Hamsadwhani (veera) and  Neelambari, Bageshri, Todi and Pilu (his favourite karuna rasa). With his strong religious foundation, he studied the saint poets Meera, Tulsidas, Surdas, Kabir and even modern Hindi and Gujarati poets.
Mastering several languages, Omkarnath became a great orator and theoretician. His deep interest in literature and pedagogy, his strong sense of self-respect, his love of challenges and his oratorical skills made him a regal presence among 20th century musicians, with his flowing mane helping to bolster his image. He completely overcame the early tragedies of his family life, including his wife’s death in childbirth, with the sheer power of his will and faith.
Invited by Madan Mohan Malaviya to his Benares Hindu University (BHU), he joined in 1950 as the first dean of its music faculty. There, he produced outstanding musicians and scholars like musicologist Premlata Sharma and violinist N Rajam.

Travelling widely in Europe and the UK, Omkarnath created a serious interest in Hindustani music there long before Ravi Shankar and Ali Akbar Khan took it to the west.

Omkarnath Thakur has left behind him an impressive collection of recordings of  khayals, bhajans, and patriotic songs. His two Meera bhajans – Jogi mat ja, and Pag ghunghroo band Meera naachi re – have become his signature songs as has Vande Mataram.

While at BHU, Omkarnath suffered a heart attack, recovered from it, and continued to perform. In 1965, he had a paralytic stroke, and passed away in 1967.
Posted by Sruti Magazine at Sunday, June 17, 2012