The late vocalist-painter S. Rajam
In conversation with V Ramnarayan
How did you become deeply interested in Indian culture? 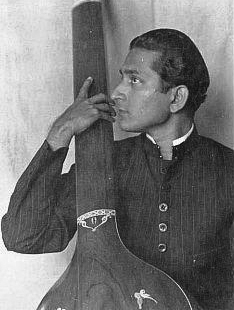 I owe it to Lewis Thompson who came to Ramana Asrama, where I used to sing occasionally. He was an English poet, deeply interested in Indian philosophy, ten years my senior. He used to stay with Mr. Ranganathan, the pioneer of Indian library science. He used to write his verses in tiny books. He did his sketches with Waterman pens which he kept losing every ten days or so, as he slept on the beach with his wallet and pen. When we visited the palace in Trivandrum–I was working in AIR there–he told me that Ravi Varma’s paintings were calendar art. He sent me photographs of ancient bronzes from wherever he went on his travels. He was responsible for my development and growth in Indian art. He moulded me. He would say, “Art must represent nature, not reproduce it. That’s why you see that Akbar is bigger than the horse in the miniatures. Learn perspective but ignore it once you have mastered it.” The size of the figures depends on their relative importance. I admired the paintings of Nicolas Roerich in the Himalayas, where he made his own colours. In a painting of his you could see a sanyasi doing pooja before a small lingam on a stool-like rock, under a small tree set in the vastness of the mountains. I learnt to paint like that, but the memory of such art haunted you for days on end after you returned home.
What haunted you like that in music?
It was Dhanammal’s music. (Rajam sings in imitation of Dhanammal: Nareemani. Look at the emphasis… sa ni sa ni dha. Look at the beauty of Khamas, the play with the tala. She would play the veena and sing. I would sit very close to her and listen. My brother Balachandar used to say there was no tala in Dhanammal’s music. Tala is inherent in the music, not in the beats you keep by hand. Take the case of nagaswaram Pakkiri. He could play Natakurinji all day long, perhaps did not know any sahitya. The great Rajaratnam once told Tirukkodikaval Krishna Iyer after his rhythmic exploration on the violin: tala should be in the singer’s throat, not in his thigh (where he keeps beat).
Rajaratnam was a terror when he came to AIR for a concert programme. During a rehearsal before recording, he played a superb succession of swara-s. When I asked him what kriti he was playing, he said, “You write what you like.” Similarly on another occasion, Madurai Somu sang a very emotive Tamil viruttam. When my father asked him who composed the song, he said, “Sankaracharya!” I relate these stories to show you how these musicians cared more about the music than the lyrics.
Who were your teachers and role models? 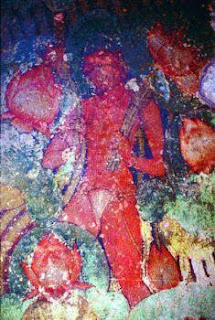 Dhanammal was Saraswati incarnate–she sang and played the veena alternately. I was fortunate to attend her Friday soirees some 40 times. When she sang Akshayalinga vibho, she shed tears while doing niraval on the line ‘padarivana’. Shouldn’t we have the same intensity of feeling while performing? How can you be a real singer if you are not a rasika yourself?
Madurai Mani Iyer. Music was his life. He was a very good teacher who taught me for some five years. All vakra, varjya raga-s. I didn’t hear Dhanammal in her youth. I heard her in the last years of her life. I heard Madurai Mani Iyer from his youth onwards. In his last years, he sang the same way he sang when he started. He did not need to improve with the years, as he achieved completeness very young. Music has to be inborn, it cannot gradually improve.
Madurai Mani Iyer taught me Nagumomu with chatusruti dhaivata, while Papanasam Sivan taught me in suddha dhaivatam, the correct way.
Didn’t you find it difficult to assimilate from two pathantaras?
Not at all. All you need is concentration. (Demonstrates how Naina Pillai rendered Morabetide in Todi while it should be sung in Roopavati. He sings both versions).
Posted by Sruti Magazine at Saturday, July 07, 2012