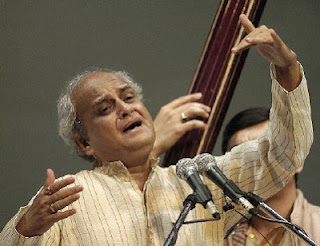 One key factor responsible for the fair performance opportunities deserving young musicians received during the 1980s and 1990s was the proactive role played by YACM (Youth Association for Classical Music).
YACM was launched in 1985 to promote Carnatic music among the young through a number of innovative activities like quiz programmes and other competitions. It also provided a platform for youngsters to showcase their talents in the concert circuit.
Some of the leading musicians of today were either active promoters or beneficiaries of YACM’s initiatives or both. The list is really impressive: Vijay Siva, S. Sowmya, Sanjay Subrahmanyan, R.K. Shriramkumar, P. Unnikrishnan, Bombay Jayashri, N. Manoj Siva, V. Suresh, B. Kannan, Dr. S. Sunder, K. Arun Prakash, T.M. Krishna, Mannarkoil J. Balaji, Mullaivasal G. Chandramouli, Gayathri Venkatraghavan and Sangeetha Sivakumar, to name some of the most prominent of them.
As we saw earlier, with the mushrooming growth in the number of young aspirants, it has become quite a challenge for sabhas to continue to play the role of impresario with the same zeal as in the past. Talent spotting amidst the plenty on offer needs a greater effort by more people than sabhas can count as their volunteers. Bringing in younger audiences and educating them in Carnatic music appreciation are an even more challenging proposition. Lecture-demonstrations organised by leading sabhas are more often than not addressed to musicians and relatively advanced rasikas.
YACM seems over the years to have become somewhat less active with many of its livewires graduating to senior status as performing musicians, though it did celebrate its silver jubilee impressively a couple of years ago. The Bombay Jayashri—TM Krishna partnership that launched Svanubhava some five years ago, has now handed over the responsibility of conducting the annual programme to younger volunteers. Svanubhava has grown beyond Carnatic music to include a number of other arts, including theatre, folk art and puppetry, even cinema.
Among its avowed objectives are plans to create a community of students of the performing arts, interacting with and learning from great artists, to develop understanding of art forms across the board, and to create a future generation with a serious appreciation of the Indian performing arts. Krishna has also been involved in Utsaha, an initiative similar to YACM in its efforts to give young musicians a regular platform, and Samvada, a regular dialogue between the elder statesmen of music and younger practitioners.
Svanubhava 2012 (1 August to 3 August, at Kalakshetra, Chennai) 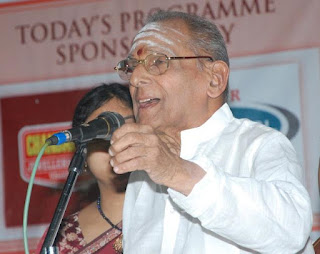 Svanubhava has in the recent past taken its annual programme of concerts and interactions with artists in dance, music, theatre and cinema among others to New Delhi and Trichy, and is soon expected to premiere in Sri Lanka. At this year’s annual event, traditional music will be represented by the recitals of Nedunuri Krishnamurthy and Sangeetha Sivakumar (Carnatic vocal), Mysore Manjunath and Mysore Nagaraj (Carnatic violin) and Ulhas Kashalkar (Hindustani vocal). There will be an Assamese Ritual Drum Dance by the Anjika Manipuri Dance Troupe and serious Tamil theatre in the form of Land of Ashes by Indianostrum on the ethnic conflict in Sri Lanka, lecture demonstrations on Bharata natyam and the science and art of percussion, a rhythmic ensemble by Kamalakar Rao and TR Rajamani, Bhagavatamela and Pavakathakali or glove puppetry.
While initiatives like YACM and Svanubhava are admirable and serve to expand the population of lovers of art and artists, bringing future generations closer to India’s cultural heritage, it is entirely up to the young target audience to take advantage of the opportunity to delve deep into the fields of their choice. Follow-up activities are crucial to long-term realization of the very praiseworthy objectives. If at these annual events young people instead congregate in exciting circumstances for three days of high-octane entertainment and education, only to go back to an everyday world divorced from art and culture, there will be the real danger of encouraging no more than dilettantism.
Posted by Sruti Magazine at Tuesday, July 03, 2012