Off to a start

By V Ramnarayan
(Edited excerpts from a TN Seshagopalan profile in Sruti issue no. 3) 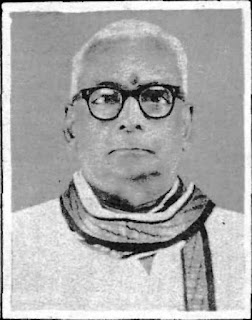 Within a year and a half of going to CS Sankarasivam, TNS made his bow as a classical concert musician. The concert was arranged by his guru at the Ramanathapuram Arunagirinathar festival. Trigokarnam Ulaganatha Pillai and Tanjavur Ramamurthi provided the accompaniment. In this concert, Seshagopalan sang the Muthiah Bhagavatar varnam Manamohana. This varnam had been composed at the Raja’s behest for Sankarasivam’s debut and included ‘swarakshara’.
After his entry into classical music, Seshagopalan began to lose interest in devotional music programmes and gradually stopped accepting such engagements, though initially it meant a reduction of his income. Around this time, when he mentioned to his guru his need for a new tambura, he assured him he would get one in the following January (1966). Soon the mystery was solved when Seshagopalan entered a pallavi competition at Madurai and his guru trained him for it. He sang the four kalai pallavi in Kalyani which commences “Un darisanam kidaikkumo Nataraja dayanidhe”. Madurai Sethuraman (nagaswaram) was one of the judges and Seshagopalan bagged the prize. This award gave him great confidence and opened the doors for more and more concert opportunities.
It was quite by accident that Seshagopalan’s concert at the Srivilliputtur Rama Navami festival came about. Through a friend’s colleague’s brother, he was roped in as a last minute replacement for the vidwan originally scheduled to perform.
“Dr. Sankaranarayana Iyer of Srivilliputtur was a great devotee of Carnatic music who, it was said, prostrated himself before the radio every time it broadcast Ariyakudi Ramanuja Iyengar’s music. He was a good singer himself and usually offered his hospitality to visiting musicians by putting them up at his home. With my concert due 10 begin at 8.00 p.m. I reached Srivilliputtur at 7.00 p.m. when I was whisked away to the doctor’s house where he waited with tambura in hand. He had been invited to attend my concert and I believe he was making sure it would be worth the trouble to attend it! I readily obliged when he asked me to elaborate a raga of his choice and soon he was on his way to the evening’s programme. He was greatly pleased with the concert. Within half an hour of the beginning, he started expressing his appreciation with loud exuberance, asking me to sing this song and that, much to the annoyance of some others in the audience.
Another concert followed soon. Dr. Sankaranarayana Iyer distributed printed notices urging everyone to attend this concert. Seshagopalan was showered with gifts. The Rajapalayam Raja, a gottuvadyam student of Budalur Krishnamurti, gave him two baskets of delicious mangoes, another admirer garlanded him, and soon there was a deluge of gifts. More concert opportunity came Seshagopalan’s way as a conseequence of this performance. Mridangam player Erode A. Gururajan arranged concerts at Erode and Gobichettipalayam, where an unknown admirer gave away his ring to the emerging star-vocalist. It was a four-hour concert, starting with a varnam, followed by two kritis in madhyama kala, then ragam tanam pallavi. It was a great success.

Seshagopalan’s first sabha concerts were in early 1967, in Madurai and Tiruchi and in their wake came the offer of a number of titles, which he refused.
After completing his B.Sc. degree, Seshagopalan joined the Sundaram Industries (of the TVS group) Sales Depot (Coach building Division) where he worked for seven months. The hours were long: from half past seven in the morning till five 0’clock in the afternoon. For the creative spirit, the workaday atmosphere there was stifling. At the same time, the TVS family had been very kind to him and had given him the job with affection. Even his education had been made possible by the TVS scholarship. Meanwhile, in 1968, he received a call for an interview with Canara Bank after he passed a written test. He also received a Government of India scholarship to continue his musical training with Sankarasivam. The dilemma was resolved by Mrs. Ambujam Krishna of the TVS family who advised the youngster to join a day time course at the Sadguru Sangeeta Vidyalaya, the music college in Madurai, to acquire the eligibility to become a lecturer there later. Mrs. Krishna also helped him to get permission to pursue this course while in receipt of the Government of India scholarship to continue his musical study under Sankarasivam. This was a two-year course, and Seshagopalan resigned his TVS job to enrol himself as a student. In 1970, he obtained the diploma, meanwhile adding radio broadcasts in the B High category to his achievements.
Posted by Sruti Magazine at Saturday, July 14, 2012