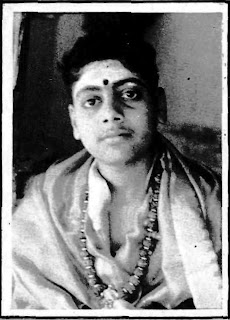 TN Seshagopalan might well have been lost to the world of classical music but for some chance encounters with men of foresight and forethought at a crucial period of his life. He appears to have been singularly fortunate in his school teachers. Many of them were musically inclined and saw in Seshagopalan an unusual talent that needed care and nourishment. Ganapathiah Pillai, headmaster of his elementary school, Pushpavanam, headmaster of his high school, drill master Paramasivam and Sankaresan, Principal, Madura College among the teaching profession, D.V.S. Iyer, an ‘absentee landlord’, Tanjavur Narayanaswami, and Kodur Rajagopala Sastri of Rameswaram played important parts in shaping his career. Of these, it was Rajagopala Sastri, who at various times gave it specific direction, changing its course deliberately in order to bring Seshagopalan into the mainstream of Carnatic music. The great violinist Kumbakonam Rajamanickam Pillai figured momentarily but prominently in his life too; his praise and advice at a crucial period were to have a telling effect on his career.
There was no doubting Seshagopalan’s talent even as a child; he gave it expression through singing semi-classical bhakti verse, but not until his sixteenth year did he have his first lesson in classical music. The boy Seshagopalan was quite famous in Madurai and other district centres as an accomplished lead performer in devotional music concerts in which he sang verses from Tiruppugazh, Tiruppavai and Tiruvempavai, the devarnama of Purandaradasa and so on. Even before he was ten years old he was a supplementary breadwinner of his father’s household.
Seshagopalan was born on 15 September 1948 at Nagapattinam. His father Nambi Iyengar was then employed as a drillmaster in a school there. His father and mother both hailed from Tirunelveli district. While mother Tiruvenkatavalli belonged to a village called Anantakrishnapuram, Nambi Iyengar was from the village Tirukkarunkudi, the home of the famous business house of T.V. Sundram Iyengar and Sons, whose headquarters were located at Madurai. TVS & Sons helped Seshagopalan’s father to set up a business at Madurai, where the family moved in the year 1952, when TNS was four years old. Around this time it was that Seshagopalan showed musical promise.
In his own words, “There was no strong tradition of music in my family. My ancestors didn’t have any claims to musical ability, though it has been suggested we were related to Gottuvadyam Narayana Iyengar in some roundabout way. My father was no great lover of music but he did not object to my singing. My two brothers and sister even then enjoyed listening to music; one of the brothers has some knowledge of Carnatic music.
“According to my mother, I first sang when I was three years old. I know I won a prize at school when I was five and in the first class. I regularly sang the prayer song at school for which my mother prepared me. She was good at singing and had a very good repertoire of devotional songs, though she was not a trained concert musician. She taught me Jayadeva’s Ashtapadi, Purandaradasa’s devarnama, Narayana Tirtha’s Tarangini, Tiruppavai and Tiruvempavai and the compositions of Gopalakrishna Bharati and Sadasiva Brahmendra. Though I didn’t learn music formally until much later, learning all these songs came to me easily; I guess I had natural talent. My mother encouraged me in her own’ way. She would make me recite slokas for two hours every morning. She taught me Raja Rajeswari Ashtakam set to eight ragas and Meenakshi Pancharatnam in five ragas, as well as Tiruppavai and Tiruvempavai composed in as many as thirty ragas. All these more than helped me in singing the school prayer. I’m sure! Every time there was an important visitor, for example the District Educational Officer. I would do my turn and receive appreciation and applause; I won prizes in competitions too.” 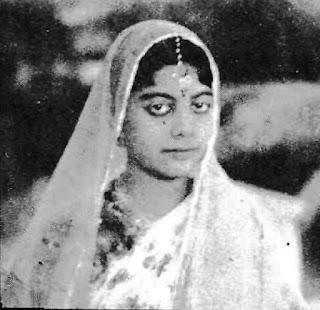 “Since I had to face audiences even as a child, I learnt concert techniques and gained insight into mass psychology very early in my life. Soon I started performing harikatha kalakshepam. My first discourse Pazhaniyil Murugan was written by my mother, who taught me a few songs with which to intersperse the narration. The story is the well-known one where Ganapati scores over his brother Subramania by adopting the stratagem of simply circling the parents Siva and Parvati when Lord Siva bids them to go round the world. I did the harikatha in full dress, with panchakatcham, rudraksham and all.
“I also acted in plays, sometimes doing female parts, and participated in all the cultural activities of the school. I used to do a dance called Oyilattam while in the boy scouts. I even wrote a song about the school, set it to the tune of a film song and danced to that song.”
Posted by Sruti Magazine at Thursday, July 12, 2012