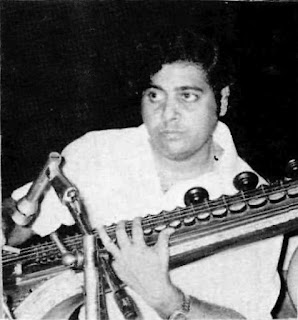 Seshagopalan’s musical accomplishments include his proficiency in the veena. Even as a boy, whenever he saw a veena around, he liked to play film tunes and simple kritis on it. At his guru Sankarasivam’s house he enjoyed many such opportunities. Also while doing his diploma course in music he took veena as a subsidiary subject. There was a group in the college which was of the opinion that a veena vidwan rather than a vocalist should be appointed lecturer, and eager to bag the position after completing the diploma, Seshagopalan began to practise veena seriously. Later dissatisfied with the bald, unmodulated style of playing taught at the college, he worked hard at developing a nice gayaki style.
“When I do play the veena, I want to do so interestingly, briskly, yet in a dignified manner,” said Seshagopalan. “Veena concerts today are so dull. The more gifted ones are lazy and the sincere, hard workers are not so gifted. Some are perverse and go against nature. To listen to them is like watching a man walk on his hands.
Throughout our conversation with him, Seshagopalan was never afraid to express an opinion. With his well-ordered memory, he reeled off facts and events concerning his life and career. It was not difficult to imagine that had he chosen to tread a different path, he would have done so successfully, such was his mental alertness and so strong and swift his ability to sift facts and grasp concepts and ideas. He was not averse to publicity nor did he shy away from meeting people. Probing queries did not disturb him greatly; he seemed to welcome every opportunity of discussing weighty matters concerning his profession. He offered to participate in any programme to enhance the popularity of Carnatic music and swell the numbers of its adherents. That the fallout of such endeavours might assist the promotion of Madurai T.N. Seshagopalan was quite another matter!
As our conversations drew to a close, we questioned him about his flirtation with the film world. He was cautious in his reply. “I have accepted the role in Todi Ragam only in the hope that I will be able to draw to my concerts people who are hitherto unexposed to Carnatic music. A lot of people who go to the movies haven’t heard of even musical giants like Mali and Lalgudi. If after seeing my film, some of them turn up at my concerts, that would be welcome. Acting in films is nothing to be ashamed of. Many musicians have done so; Musiri, GNB and MS come to mind. In those days the same people went to the movies as well as concerts. Those who enjoyed Tyagaraja Bhagavatar in the movies appreciated Ariyakudi as well. If I get another chance to act, I will accept unless I am made to do silly things like dancing and fighting. The music of Todi Ragam is not pure Carnatic music; you can term it as cinema-Carnatic. Unless the money is very good, I won’t accept a film which is unrelated to music. It is my first movie. It is also the first for the female lead, the producer, the director and the cameraman. It may turn out to be the last for us all!”
(Concluded)
Posted by Sruti Magazine at Tuesday, July 17, 2012