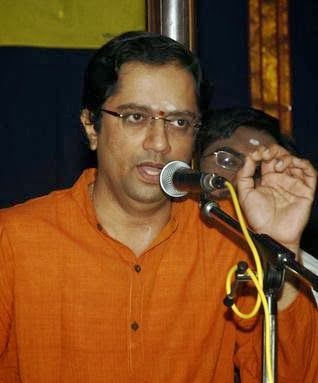 In my last blog entry, I referred to the earlier work done by Karnatic Music Forum in archiving the traditions of Karnatic Music for use by future generations. Before I launch into the various lec-dems, I want to touch briefly upon the contributions of Sruti magazine also.

Sruti was founded some 35 years ago as a magazine for the classical arts of India. In these years, Sruti has captured not just the art scene of India contemporaneously as it happens but has taken upon itself the ambitious task of documenting the life history of India’s greatest artists; it has succeeded admirably in its efforts and the special numbers it has produced on various artists are collector’s items now.

It is then no surprise that Sruti’s collaboration with Karnatic Music Forum has resulted in a very special series of lec-dems that illuminate for the current generation the nuances of the topics discussed while serving as a rich source of research material for future art historians and students.

The first lec-dem was called A Samarpanam to Lalgudi Sri Jayaraman. The panel was composed of two persons who had very close association with Lalgudi: SP Ramh, a long-time student, and the aesthete Sujatha Vijayaraghavan, a close collaborator.

Ramh recalled that he joined as a student under Lalgudi at the age of 17 and the association lasted 25 years  and more. He described how from the very first lesson, Lalgudi was trying to impart to him the qualities needed to become a successful public performer. He taught him how to sing swaras—sarvalaghu swaras, swaras with poruttam, kanakku swaras, and in doing all that, removed Ramh’s fear of manodharma music.  This was a conscious effort to mould Ramh into a stage-worthy concert musician. Lalgudi did all this without accepting any fee whatsoever. He was available at all times of the day, even when it might have been his resting time. Ramh had no doubt that this was an attempt to pass on the knowledge Lalgudi had without holding anything back.

In addition to music, Ramh said he learnt very valuable life lessons from his guru: how to deal with people, with praise or criticism, moulding him not just into a musician but a person who is comfortable within his own space in the highly-charged art scene. 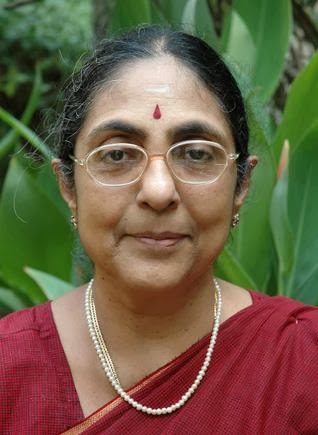 Lalgudi had Ramh by his side while composing new varnams, tillanas and kritis, while creating varnamettu for kritis which existed only as lyrics on manuscript, and while composing the opera Jaya Jaya Devi. All of this reinforced the music lessons he had already had and opened new vistas for him.

Lalgudi taught him how to alternately sing in a deep-throated voice and a nasal voice so that the music was not stale.  Ramh demonstrated this by singing a few lines.

Lalgudi also taught him how to bring out the bhava of a song. Taking the line Thayirangavidil seyuyirvazhumo from the kriti Nee Irangayenil pugal edu, Ramh demonstrated how different inflections can be used to make that a question, a plea, and so on.

Prodded by Sujatha Vijayaraghavan he sang the word Vanduruvagi (this is the scene where Bhringi Maharishi says he would take the form of an insect and circumambulate just Siva but not Parvati – from the opera Jaya Jaya Devi) with a dozen different sangatis which brought before our eyes the flight of an insect.

Sujatha Vijayaraghavan then recalled an incident when Lalgudi sensed her discomfort and changed his music. Parvati chooses a path of severe penance to attain Siva as her husband; this song starts off as Tavam seigiral and Lalgudi had composed music for the line. Sujatha had the feeling that it wasn’t quite right but couldn’t immediately put her finger on it. As she went back home, she remembered that the lyric should have been Tavam seigirale. That would indicate the apprehension, the fear, the pride and other emotions felt by Parvati’s parents. When she asked Ramh to check the original composition, she was indeed correct in how the line had been written. When she met Lalgudi the next day, a surprise awaited her. The new sangatis employed for the line brought out all these emotions and provided ample opportunity for the dancers to exhibit their craft.

Sujatha Vijayaraghavan then related an incident that followed a dance performance by her daughter which Semmangudi Srinivasa Iyer attended. dance to Lalgudi’s tillana in the raga Mand. When Sujatha visited Semmangudi some time later along with her daughters at his residence, he asked for the Mand tillana to be sung. He said he could listen to it all day long. 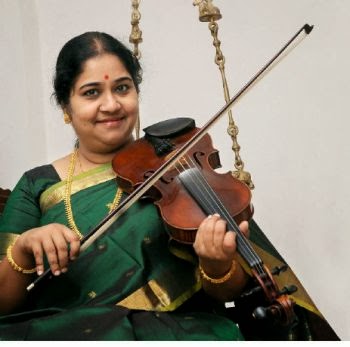 Astounded that a musician whose life had centered around major ragas like Todi and Kalyani found the raga Mand to be so engaging she realised the impact of the creative genius of Lalgudi. With Semmangudi’s permission, she conveyed his message of appreciation to Lalgudi.

Lalgudi Vijayalakshmi spoke briefly at the end of the lec-dem. She said that she learnt quite a few new things about her father from the lec-dem and would be happy to listen to an all-day lecture!

Those interested may go to www.parivadini.in to listen to the complete 90-minute lec-dem.