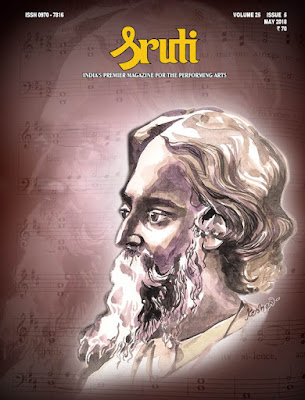 John Arlott was a much loved radio commentator on BBC, a star of its Test Match Special known for his rare descriptive skills. “You have a vulgar voice, but an interesting mind,” was his boss’s verdict early in his career. Arlott’s voice was different from the usual BBC stereotype, but it had character, a rasp and a buzz that excited the listener’s imagination. When for example he described the diminutive Indian batting maestro as “Little Gundappa Viswanath; he has forearms like an ironsmith’s,” the word picture he was creating for you was almost spine-chilling in its imagery.

Listening to a recent vocal concert by Thoppur Sairam was a somewhat similar experience. His voice is hardly vulgar, but it is different from the standard Carnatic music voice (just as Arlott’s unique Hampshire burr was from the more sophisticated voices of the general run of cricket commentators). It is a strong voice, often nasal, and marshalled by someone seemingly focussed on using it as an effective instrument. Its range is impressive too, and the use of vowels in alapana conscious and planned, with minimal intrusion by consonants. Every raga I heard that evening came to life, with its image painted in a poignantly loving manner, despite the occasional awkwardness of phrase, possibly the result of the singer’s acute striving.

I had never heard Sairam before, so it was an altogether pleasant discovery of a new voice for me. He was accompanied by M.R. Gopinath (violin) and B. Ganapathyraman (mridangam), and it seemed the trio were immersed in a spirit of homage to the memory of Venkateswaran, a diehard rasika of music who haunted every Chennai sabha until he passed away some years ago. I did not ask the organisers of the memorial concert why they had chosen the vidwans of the evening. Were they Venkateswaran’s favourite musicians? They probably were, for having known Venkateswaran personally I could see that he would have approved of the kind of music they offered that evening.

Venkateswaran was in his early seventies when he passed away, with his proverbial boots on, as he was at concert venues almost till the very end, which was sudden and unexpected. He was a systematic listener who took down notes, and had a clutch of fellow fans surrounding him, often feverishly identifying ragas and composers, sharing nuggets of knowledge, even disrupting the peace sometimes. He stayed back after the concert to personally appreciate (or criticise) the artists. He loved Hindustani music and he often felt let down by the lack of importance given to the voice in contemporary Carnatic music. “All of you go and drown yourselves in the ocean,” he once admonished our singers after a Hindustani vocal concert that met his exacting standards. You did not always agree with him but could not help admiring his spirit.

I find it amazing that Chennai actually takes the trouble to organise an annual concert in memory of a rasika, a humble one with no claims to fame or pedigree. Srikanth Hariharan, S. Sivakumar, S. Kannan and Lakshminarasimhan are among the devout rasikas who have been honouring their friend’s memory in this manner. This year, Naada Inbam at Raga Sudha Hall, Luz, presented the concert, while Arkay Convention Centre had done so in the past. As for the audience, all the usual suspects were there, many of them as devoted to music as Venkateswaran was. May their tribe increase, and what a wonderful gesture!
Posted by Sruti Magazine at Tuesday, May 01, 2018