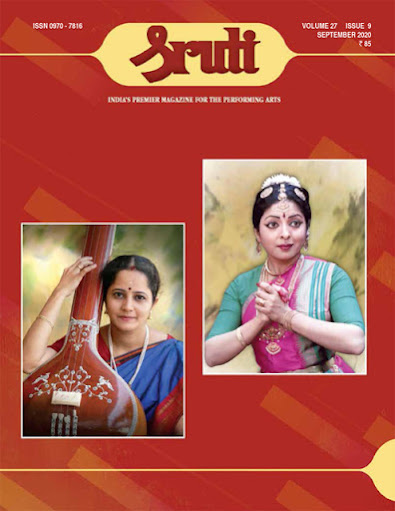 Will there be a December season this time? Is it going to be really live or online? Who could be the lucky awardees? Such queries doing the rounds among rasikas have been set to rest with the sabhas declaring their broad intentions about conducting the season in the gloomy scenario created by the Covid-19 pandemic which has shown no great signs of abatement. There is time enough for them to work out the finer details.

“We are very particular to keep up the unbroken tradition of our annual music season from 1928. The only difference is that the format will be different and also of a shorter duration. We will not have all the features and trappings of a full season in these extraordinary times. It will be an online or digital music festival. We do not want to expose our musicians, members, and the rasikas to the dangers of the virus,” says N. Murali, president of the Madras Music Academy. The Academy plans to feature junior, sub senior and senior musicians, but will not have daylong concerts, nor the morning lecdems. Rasikas are going to miss the Dance Festival this time; and most disappointing is the fact that no awards will be presented this season, including the Sangita Kalanidhi!

The Federation of City Sabhas too is drawing up plans to face the challenges and conduct the season for a fortnight by making good use of technology. It is commendable that the big member sabhas in the metropolis have finally come together to present a composite season under one umbrella—in the digital format. Music concerts with accompanists and dance programmes are to be held in the evenings, and the programme feed will probably stay on for 24 hours for people in various time zones to relish it. Concerts may be ticketed with preference given to members. The entire surplus will go to the Artistes Welfare Fund created by the Federation. However, no awards this time, but lec-dems yes. So sabhas and  rasikas can now gear up to enjoy the digital season 2020.

The Lalgudi siblings too have planned to celebrate online the 90th birth anniversary of their multifaceted, famous fatherguru Lalgudi Jayaraman, which falls on 17 September 2020. The logistical feat behind “Lalgudi-90” is being coordinated by Lalgudi G.J.R. Krishnan and Lalgudi Vijayalakshmi, under the auspices of the Lalgudi Trust. They launched a new YouTube channel called “Lalgudi Jayaraman - God of Violin”, and have been showcasing video tributes from disciples of the late maestro. A befitting lineup has been drawn up for the grand finale on 20 September.

In the September issue of Sruti, we feature two very talented artists whose sincerity, commitment and passion for their art has helped them scale peaks. Carnatic vocalist Gayathri Venkataraghavan, through her perseverance and dedication, has made a remarkable comeback after a hiatus and has earned a place among the top women vocalists with a large fanfollowing. Bharatanatyam dancer-teacher Ramya Harishankar, has while remaining steadfast to the teachings of her gurus, made adaptations to create a love for the art and sustain to propagate it over decades in a conservative place like Irvine, in the U.S.A.

Besides reports and reviews on several online programmes, we present the first part of a triad on Siva temples along the Akhanda Cauvery—on Kadambar Koil—a sthalam rich in verse and song. There is also a crisp account about the Brahma Gana Sabha which celebrated its golden jubilee in 2018-19; a story long due, which got delayed further by the pandemic. Rishabha, second in the series of the saptaswara devatas, finds a place in the section on S. Rajam’s paintings.

In the passing away of Sangeet Martand Pandit Jasraj, the music world has lost a towering personality of the Mewati gharana, whose contributions to music are manifold. He drew audiences worldwide with his melodious, emotional, and sonorous music, incorporating haveli sangeet, and Jasrangi jugalbandis. He is no more, but his music is immortal.