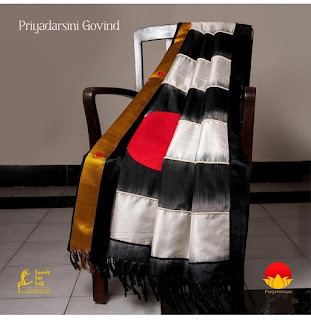 2020 was the year the world turned upside down. The busiest roads were deserted, vibrant faces were masked and the joy of sharing became limited to sharing online. It made the world digital and suddenly meeting your loved ones face to face became a crime. All this had a huge impact on the community of artists. Even though we were quick enough to notice the empty movie theatres, isolated stages and the lack of concerts, few people like dancer Christopher Gurusamy and art administrator Shreya Nagarajan Singh could see beyond the obvious. They saw the pain and helplessness of the underprivileged folk artists of India. The pandemic hit them like a hurricane which caused them to lose their means of income. They lost their gigs, the events got cancelled and so did the temple festivals. Even now, it is a very grim time for them as most of them are daily wage workers. This duo came up with an idea which would not only provide folk artists with moral support but also help them financially. They organised an online fundraising auction called '6 Yards of Hope'.

For this auction, 18 well-known and sought after musicians and dancers were approached with the idea to auction one of their sarees; they agreed readily and were more than happy to extend their support. The artists were requested to donate a Kanjivaram saree which would represent their aesthetic.  Artists who donated their sarees include Rama Vaidyanathan, Leela Samson, Priyadarsini Govind, Geetha Chandran, Malavika Sarrukai, Chitra Visweswaran and Bragha Bessel . 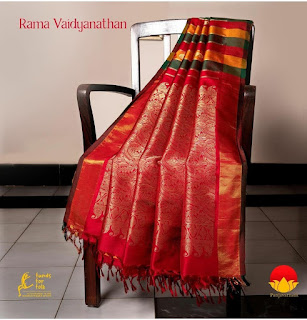 Christopher Gurusamy and Shreya Nagarajan Singh collaborated with Panjavarnam Silks and the auction was held on their Instagram page @panjavarnamsilks and the bidding was done in the comments section. Shreya says that Christopher Gurusamy's involvement and support for this initiative was extremely crucial. His keen eye for details, love for the saree and dance, strategic mindset and a deep desire to raise funds for disadvantaged artists truly inspired them to work hard on every aspect.

The plan was a success when it became clear that all the beautiful sarees were very much in demand,  and the highest bid of Rs. 25,500 was for a saree owned by Bombay Jayashri. The buyers were from all over the world -- Australia, countries in Europe, America, and of course India. A total amount of Rs. 2,54,000 lakhs was raised. Part of it would be given to the Funds for Folk initiative which is the brainchild of Shreya Nagarajan Singh, Tenma and Gana Muthu, where funds are raised for the folk artists of Tamil Nadu, Kerala and Karnataka. Such initiatives in times of difficulty are a proof of unity; and for folk artists, '6 Yards of Hope' is not only a great initiative but a form of blessing in disguise.