Music and the Mahatma


Mahatma Gandhi may not have been a great connoisseur of music and arts, but he liked music, was moved by its emotion and was aware of the different genres. He felt that music was a unifying force to bind hearts and minds. Singing bhajans was a part of his weekly discourses. “If there was no music and no laughter in me, I would have died of this crushing burden of my work!” said Gandhiji when someone asked him if he had no liking for music.

When Gandhi was in South Africa he started evening prayers in the Ashram. The collection of bhajans they sang was published under the name of Nitivam Kavyo.


In his speech at the second Gujarat Educational Conference at Broach, on 20 October 1917, he said, “At times, we find restlessness in a large gathering. This can be arrested and calmed if all sing a national song. We have an example of the power of music in the fact that the boatman and other labourers raise, in unison, the cry of “Harahar” and “Allebeli” that helps them in their work. Music must get a place in our efforts at popular awakening. Music means rhythm, order; and its effect is electrical yet soothing. But unfortunately, we have neglected music. It has never become nationalised in the modern sense.” Gandhi felt that the group singing of national songs should be made compulsory and that great musicians should be invited to political conventions to teach mass music.

His idea of music was also connected to spirituality. In this context, he wrote a letter to Narayan Moreshwar Khare (music teacher at the Satyagraha Ashram in Sabarmati) on 7 October 1924. “I have gradually come to look upon music as a means of spiritual development. Please try your best to see that all of us sing our bhajans with a correct understanding of the sense. I cannot describe the joy I feel: music is a constructive activity, which uplifts the soul.”

At Ahmedabad, in his address to Young India, on 15 April 1926 he stated, “If we use a broad interpretation on music; if we mean by it union, concord, mutual help, it may be said that in no department of life we can dispense with it. So if many more people send their children to the music class it will be part of their contribution to national uplift.”

When Mahatma Gandhi visited Chennai in 1946, Leela Sekar, who was then a young volunteer at the Hindi Prachar Sabha in T. Nagar, sang Mamava Pattabhi Rama— Muthuswami Dikshitar’s kriti in Manirangu. The Mahatma was mighty pleased. He asked her to sing the same song when she visited Sevagram in Wardha. He said he loved the slow pace of the song and the raga that dripped sweetness.

In a letter to Gurudev Rabindranath Tagore, Gandhi is said to have suggested that Hindustani music as well as Western music be given their due place at Shantiniketan along with Bengali music. 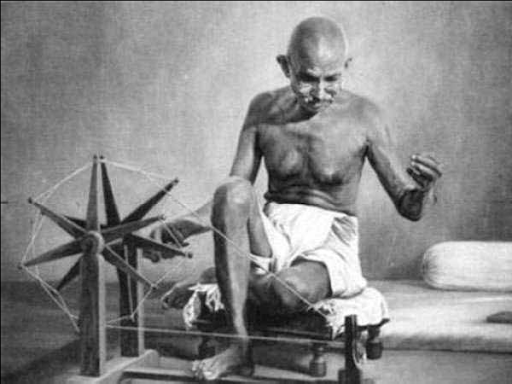 In 1947, just a few months after India’s Independence, M.S. Subbulakshmi received a message that it was Gandhi’s wish that she record his favourite bhajan Hari tum haro and send it to Delhi. Her husband T. Sadasivam sent word that as she was not familiar with the bhajan, she may not be able to do justice, and the Mahatma could perhaps get another singer to render it. Prompt came the response from Gandhi that he would rather have Subbulakshmi speak the bhajan than have anyone else sing it! So overnight, MS recorded Hari tum haro and sent it to him. A few months after that, in January, while listening to All India Radio, she heard the announcement of Gandhiji’s assassination, after which she heard her own voice singing Hari tum haro! She was distraught and fainted. It is said she would always choke and cry whenever she narrated this even years later.

According to Gandhi, in true music there is no place for communal differences and hostility. Music is a great example of national integration because we can see Hindus and Muslims sitting together and partaking in musical concerts. He often said, “We consider music in a narrow sens  to mean the ability to sing and play an instrument well, but, in its wider sense, true music is created only when life is attuned to a single tune and a single timebeat. Music is born only where the strings of the heart are not out of tune.” For Mahatma Gandhi true music was implicit in the warp and weft of khadi and in the sound and rhythm of the spinning wheel.