Puducode Krishnamurthy (1923-1985) was a popular musician from Kerala and a direct disciple of Palghat Rama Bhagavatar. He joined the Chembai Memorial Music College, Palakkad, in 1958 as a professor of music and later transferred to Swati Tirunal College of Music, Tiruvananthapuram, in 1970. In 1976 he became the principal of Chembai Memorial Music College and retired in 1978. A vidwan par excellence, he had a large fan following. Blessed with a resonating voice, with authentic pathantaram of kritis of various vaggeyakaras, he was respected by the musicians and was a regular performer in the prestigious Navaratri Mandapam, where he popularised many kritis of Swati Tirunal. But the fact that he was a versatile composer too is not known to the public.

Baby Sreeram is a senior musician, guru, composer and disciple of Ananthalakshmi Venkatraman of Tiruvananthapuram and Sangita Kalanidhi T.M.Thyagarajan. Baby Sreeram got the handwritten book containing the songs from a family friend of the composer, has curated this project to popularise 100 compositions of Puducode  Krishnamurthy within a year. Puducode Krishnamurthy has more than 200 compositions to his credit. The songs are on various deities like Devi, Guruvayoorappan, Ganapathy, Vishnu, Hanuman, Narasimhar of Sholingar, Perumal, written in Malayalam, Tamil, Sanskrit and Manipravalm. He has composed songs on Arupadai Veedu and also on the navagrahas.

There is a song on Dhanvantri of Nelluvaya temple and also on Tyagaraja. A couple of years ago, Baby Sreeram sang the kriti Vara Vaaranavadanam composed in praise of Ganesa in the raga Pantuvarali at the Madras Music Academy. A set of kritis titled Devi Pancharathnam composed in the five ghana ragas following the format of Tyagaraja Pancharatna kritis was a delectable treat by Baby Sreeram last year, sung by different musicians.

Puducode Krishnamurthy was an ardent Devi upasaka, and his compositions are rich in lyrical beauty, bhakti bhava and laya richness. Like Syama Sastry, most of his songs seek the blessings of the Goddess. Krishnamurthy included several of his compositions -- Sree Hare Janardana in Revati, Kaniyumo in Sreeranjani, Arul puriya innum tamasama Narasimha in Kapi,  Varuga varuga Saravanabhava in Jonpuri, in his concerts.

Little did all of us know that he had such a vast repertoire of compositions under his sleeve until Baby Sreeram started this project of PKM100 through social media. The videos are uploaded on Facebook at 7 pm on all Sundays and also uploaded to her YouTube channel with the lyrics. Baby Sreeram is also willing to share the notations on request with any musician willing to learn these compositions. During Navaratri, she uploaded a song a day on Facebook from Krishnamurthy’s Puducode Devi compositions. 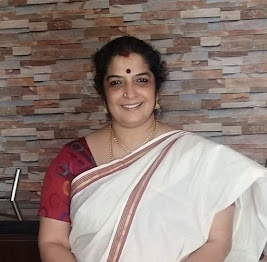 Krishnamurthy had written all the songs in a notebook with only skeletal notations. Baby Sreeram has set the multitude of sangatis and written the notation for the songs. The most appreciable feature of this project is that Baby Sreeram roped in talented musicians from various states and involved them in this project. She sent the notations to them, and they have recorded the songs and sent the videos to Baby. The videos are uploaded on social media along with a brief introduction about the composer, song and musicians. The musicians take particular interest to be a part of the project, and they internalise the songs and sing following the notations of Baby Sreeram. Technical and editorial support is provided by her son Bharat Narayanan and daughter Anagha.

The rasikas enjoyed a veritable treat from a plethora of musicians like K.N.Renganatha Sarma, K.Gayathri, Salem Gayathri Venkatesan, Aishwarya Sankar, Vasudha Ravi, N.J.Nandini, H.Rathnaprabha, A.S.Murali, C.R.Vaidyanathan, K.S.Vishnudev, Venkatnagarajan, Swathi Srikrishna, Vivek Muzhikulam, and not-so-often heard musicians like Jayamangala Krishnamoni from Bangalore, Chandana Bala Kalyan from Mumbai, Balamurali from Kottarakara  (direct disciple of Puducode Krishnamurthy from Kalakshetra), Sharmila Jayakumar from Kerala and Mohana Sarma from Chennai. All the musicians sang with bhava, involvement and perfection. One musician based out of California- Geetha Venkat heard the song on social media every Sunday evening. On the following day, she would send her recording of the same song with utmost perfection. The aim of this project is that the compositions should get wider attention and enter the mainstream concert repertoire, and glad to note that this is already achieved. Vidwans A.S.Murali and Vivek Muzhikulam have already rendered the songs in the concerts and K.S.Vishudev plans to render this song at the Guruvayur festival this year.

Uma Parvathy, daughter of Puducode Krishnamurthy, presently settled in Chennai became emotional after watching the episodes of PKM100 and congratulated Baby Sreeram for her mission. She recorded in her video message, “Appa was a highly divine person. The songs came to him spontaneously. He never wanted to record the songs or commercialise them. Often he wrote songs for specific persons. My mother-in-law was a great devotee of Narasimhar. One day while Appa was casually chatting with her, he wrote the kriti on Sholingar Narasimhar. All the musicians involved will receive the blessings of Appa and reach a higher status in their career and life.”

Link to the concerts