KSK & Sruti - Remembering the stalwart on his birth centenary today

The following article, written by Late N. PATTABHI RAMAN (founder and former Editor-in Chief of Sruti)  is an expanded version of what he spoke at a meeting held in May in Chennai to pay respects to the memory of Calcutta Krishnamurti.

I became acquainted with Calcutta K.S. Krishnamurti when he was associated with Kala Peetham, but came close to him only after his son K.K. Ravi's death. When I called on him to offer my condolences, I spent an hour with him but referred to his bereavement only at the end.

Earlier, I spoke how, with his expertise and experience, he could help Sruti. My aim was to make KSK think positive despite his profound grief and I believe I succeeded to an extent. KSK himself was very appreciative of my approach. In the event, KSK joined Sruti as Senior Editor. He attended office regularly, Monday through Friday. His participation in the editorial work, and related research and analysis, was valuable as well as instructive. But, after a few months, this routine became difficult for him. He had health problems; moreover, he had changed his residence and was now staying a bit far from the office. We agreed he could help us from home. 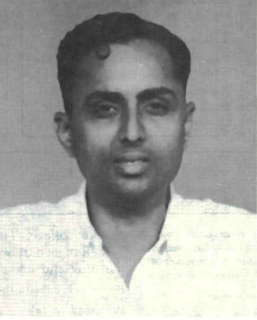 In 1991, the Sruti Foundation's Special Projects Division undertook a study of the music of G.N. Balasubramaniam as a performer and a composer. The Study Group constituted for this purpose met every week over a year and discussed and analysed various recordings that its members had listened to in between. It was a systematic and thorough study. KSK was a senior member of the eight-person Study Group which was headed by me. He took a lively part in the discussions and offered many 20 insightful observations. Other members of the group attached particular importance to his views which revealed his expert knowledge of both the grammatical and the aesthetic aspects of Carnatic music, as well as his intimate acquaintance with GNB's music.

The team had agreed that different members would articulate the conclusions which had been jointly arrived at after nearly 150 hours of deliberations. But at the public presentation of the Group's findings in December 1992 at the Gnanananda Hall of the Narada Gana Sabha, KSK sought to go beyond the script to explain and demonstrate raga lakshanas, which was not on the menu. I had to intervene and ask him to stick to the agreed outline. This caused some strain between us.

Some days later, someone approached me in a sabha and told me that, from my observations at the presentation, he had concluded I was a great musicologist. I laughed and told him that I was far from it. When I next met KSK, I recalled this incident but before I could tell him what my reply had been, he quipped: "He must have said that because you were sitting beside us." Meaning S. Rajam and him. It was a caustic remark. KSK had earlier intimated to me more than once how he felt he had not received proper recognition. Given his expertise and deep insights, this feeling was quite justified, though he himself told me once that his long stay in Calcutta was perhaps the reason for this state of affairs.

Whatever be the case, I decided that I should do something about it. So I arranged for a title to be bestowed on KSK, on behalf of other musicians and rasikas, at a function held on the second day of the Study Group's presentation on GNB's music. I also arranged for violin maestro Lalgudi G. Jayaraman to participate in the function and speak about our hero. Lalgudi and KSK had been estranged for quite a while and this function brought about a reconciliation of sorts and KSK was very happy about it. But, when I asked him later in the afternoon whether the award of the title had made him happy, he remarked: "This should have been long time ago." I was not seeking an expression of gratitude, but I must say that I was shocked and upset by his reply. Only later, after much reflection, I came to the conclusion that his reply was an expression of long pent-up bitterness and frustration and was not directed at me personally. 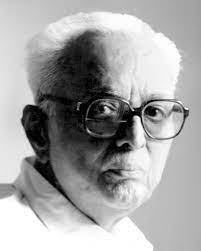 Our relations were strained for some time and further KSK's health was continuing to trouble him. So there was a dip in the level of his exertions on behalf of Sruti. I kept in touch with him, however, and I still remember what he told me on one occasion: "Whether I am able to contribute or not, please retain my name as Senior Editor till my end." Of course, I had not planned to do anything but that. I am glad to record that the strain did not last long. I am also glad to record that, after the title given during the GNB presentation, KSK went on to receive other honours.

The next major exercise in which he was involved was a comprehensive assessment of Carnatic music, as well as of its established and up-and-coming players, which we undertook soon after the completion of the first decade of Sruti. He was incisive in his comments, especially about musicians of the younger generation. He was entirely objective; that this or that youngster was a disciple of his did not cloud his judgement. I was quite aware of this aspect of his comments, for he wrote notes for us after each mad season as well. KSK helped us in making similar valuable assessments of the music of the great stalwarts of the past on whom we have published special features. One of these stalwarts was Tiger Varadachariar who had been one of his teachers at the music college of the Annamalai University. The last occasion he offered a similar critical evaluation was when we were preparing an article on the music of T.N. Rajarathnam Pillai, which was later published as part of the special feature on the nagaswara maestro in the December 1998 issue of Sruti. Some two or three weeks before he passed away, we discussed a project that SAMUDRI, the newly established wing of the Sruti Foundation, is about to undertake.

The aim of this project is to document rare raga-s and kriti-s available with veterans like KSK, S. Rajam, Kallidaikurichi Mahadeva Bhagavatar and S. Ramachandran. A repository of hundreds of compositions, he said that between him and the others, they should be able to help document some 500 such compositions. But alas, he left us before we could launch the project.

KSK's name is not on the masthead of Sruti any longer, but the magazine and its siblings at the Sruti Foundation will forever be indebted to him.

Posted by Sruti Magazine at Tuesday, December 21, 2021 No comments: