A nationwide, completely online cultural competition held by Singhal Iyer Family Foundation (SIFF), received a whopping 12,000 applications. This competition received responses from students from both cities, as well as villages. The competition began in January 2021 with the aim to encourage talented youngsters by rewarding them with prizes worth 25 lakhs. The competition featured 20 different categories across classical and contemporary forms of various art forms. The top hundred finalists were selected over three rounds, after extensive evaluation and screening by a panel of judges. These finalists were mentored by artists from their respective fields under the ‘Young Artiste Advanced Mentorship Programme’, sponsored by SIFF. 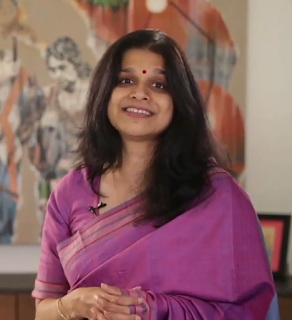 Kavita Iyer, co-founder of SIFF emphasises the fulfilling journey the Committee and founders had to see the growth of these young students, and believes that the competition brought out the best in each contestant.

The first season winners (Tamish Pulappadi for instrumental (guitar), Akshita Singh Chouhan for vocal, Janki DV for Bharatanatyam) for the title of “Young Artiste of the Year” were announced on 4 September 2021 in a grand virtual event.

The title winners bagged 1 lakh rupees each, while the winners in each category received a prize of Rs. 25,000 each (about twenty such prizes were announced).

Thirteen year old Janaki DV (disciple of dancer Manjari Chandra) from Udupi mentored under dancer Rukmini Vijayakumar. Considering the choreography for the final round her biggest challenge, Janaki wishes to remain in the dance field perpetually and learn, perform and create new pieces. Many winners from the other categories have put in years of effort, time, and commitment to win their place in this competition. 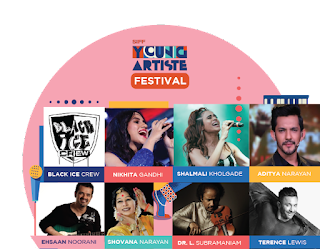 Many initiatives of SIFF have been successfully implemented, the most notable being the ‘Young Artiste Courses’ offering focused SIFF comprehensive curriculum in

performing arts that aims to enable students to become practicing artists. The participants are to be trained via live classes, supported by guided practice sessions, creative assignments, learning in groups and more. The end-to-end specialising programme spanning a few years with focus on practical knowledge and application makes this unique.

The SIFF comprehensive curriculum, pedagogy and accreditation are developed with the guidance of the advisory panel consisting  of veteran artists such as Madhavi Mudgal, Nikhitha Gandhi, N Rajam, Rudrapatnam Thyagarajan, and Uday Bhawalkar.