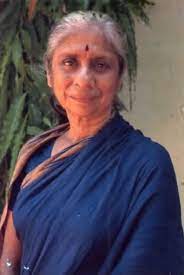 G. Sundari of Kalakshetra passed away on the morning of 3 February 2022 in a comfortable Home in Chennai. She was 93 years old. She served Kalakshetra as Superintendent of studies, was Secretary to Rukmini Devi and Sankara Menon till she retired. She was a close friend of N. Ram of The Hindu. She had her education at the Besant Theosophical High School. After post graduation, she joined Kalakshetra, assisting Rukmini Devi and Sankara Menon to build the institution. Her dedicated service to Kalakshetra is laudable. She lived in the Theosophical Society in Adyar, Chennai, for a long time. She was instrumental in helping publish three books on Kalakshetra stalwarts: Nirmalam: The genius of S. Sarada, Sankara Menon Purushothaman, and Krishnaveni of Kalakshetra.

Thanks to Preetha Reddy (of Apollo Hospitals), Sundari Teacher as she was  popularly known, had a good and very comfortable old age care in a Home for the last few years. With her demise, another important branch of the ‘Banyan Tree’  has fallen.

G. Sundari was a kind hearted lady. She helped poor students with financial help  out of her own meagre salary from Kalakshetra. One of the senior alumnus of Kalakshetra  (P.T. Narendran) says he was offered free accommodation in her house in the Theosophical Society campus till he found  his own  economical accommodation near Thiruvanmiyur.  She paid the tuition fee for  some of the poor students who wanted to study natyam and music in Kalakshetra.

She encouraged me to study and asked me to join the Matriculation classes much against the wishes of Rukmini Devi and others. She took classes in English, history and geography.  I owe my English writing and speaking abilities to Sundari Teacher.

When Kalakshetra was taken over by the new management (Kalakshetra Foundation)  both the strong pillars of the institution were asked to retire and vacate the campus --   Sundari gave shelter at her home in the Theosophical Society,  Adyar  to Sarada Teacher (Peria Sarada) and looked after her like her own mother, though she was not even a biological or blood relation.  Unequivocally,  every one praised G. Sundari for her humane quality.

unpaid bills of cats and dogs food  to the tune of nearly 14,000 rupees! She shared her carrier meals from the Theosophical Society’s bhojanshala with these stray animals who remained very loyal to her.  When she realised that she was being taken to a safer and comfortable home,  the first thing she asked was “Who will take care of the poor animals, and requested us not to starve them”.  Such was her concern for animals. She was a true ‘pranimitra’ following her mentor Rukmini Devi.

One of her nieces, Subha Nilakhantan, recalls her relationship with her “Athai”  as she called her.

I had two aunts who extended to me the caring hand of a mother. One was my father’s sister, Radha Burnier; the other was my mother’s sister, G. Sundari. They were themselves friends, who together saw to my well-being whenever I was away from my parents. 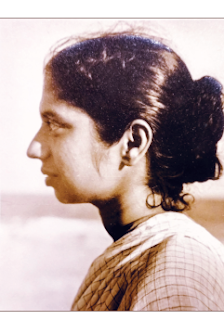 My aunt Sundari was born on 21 February 1929 in Tanjavur, where she lived with her family in a large house next to the Big Temple. The youngest of six children, she was four years old when her father, M.V. Gopalakrishnan, inspired by the Theosophists, gifted away all his property, and moved with his wife Rukmini Ammal and their children to serve the Theosophical Society (TS) at Adyar.

Adyar lay on the outskirts of the city. Young Sundari grew up in beautiful natural surroundings, became a favourite with everyone, and made many friends in and outside school. She kept contact with most of them until old age. My grandfather was a scholar by temperament; the house was filled with books. My aunt inherited this quality. At University, she earned a Masters with Distinction in Political Science, and spent long hours communicating with prison inmates for her Ph.D thesis. Unfortunately, her guide lost the thesis. There were no xerox machines then  -- and no copy! Accepting that it was too daunting a task to re-do, she looked ahead towards other avenues. The Theosophical Society and Kalakshetra were closely aligned at that time. The most attractive avenue led to Kalakshetra -- and thus, she devoted her life work between the two institutions.

My grandparents’ house was open to everyone, always filled with visitors, and in the summertime with their grandchildren. My aunt Sundari was a favourite. We could tease her -- and she laughed with us. An aunt who put on no ceremonial airs! She had the rare gift of making every child feel special. She called me ‘Honeypot’. For long, I thought I was the only ‘honeypot’, until I realised all children were her ‘honeypots’, to be cherished alike. She took me to concerts, dance performances, to doctors, nursed me to health, and gave me my first professional assignment when I was still a student -- painting posters for Kalakshetra dance-dramas.

She maintained the ‘open house’ tradition after my grandparents were no more, and kept her promise to my grandmother to care for S. Sarada (Peria Sarada). We began to call her Sarada Periamma. I still regard Periamma as a dear member of our family. My aunt gave shelter to many who needed a home, whether dance students, foreign visitors, or the destitute. Even animals were cared for. She helped innumerable people in as many ways. She was everybody’s aunt.

We travelled together on her foreign lecture tours. I found her an ideal travelling companion, careful but eager for adventures. She was talking about travelling together again to the Andamans, a few years before she fell ill and was shifted to a Home by her doctors and friends. She remained in Chennai for medical attention, where her students took wonderful care of her. When she passed away, I am sure she left behind her Andamans dream after travelling into God’s incomparable realms, and there is no wish left to travel anywhere else.