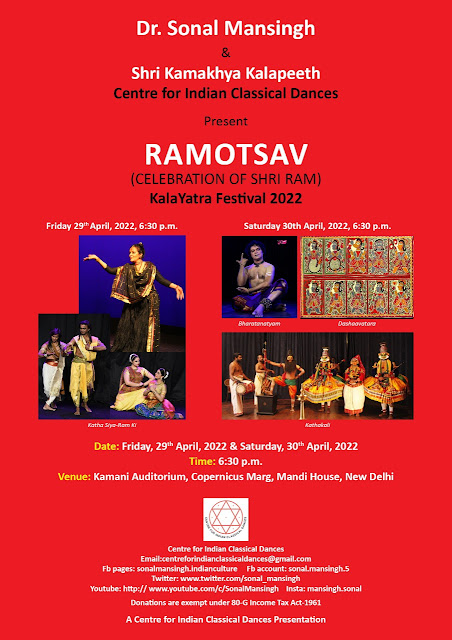 Posted by Sruti Magazine at Wednesday, April 20, 2022 No comments:

Sruti mourns the passing away of N. Sankar, Chairman of The Sruti Foundation, on Sunday 17 April in Chennai, after a brief illness. He was 76. 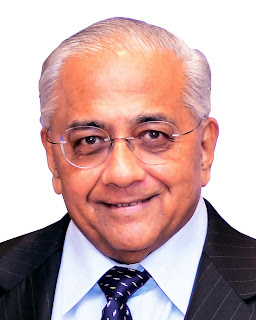 A few years after the demise of Sruti’s founder & editor-in-chief N. Pattabhi Raman, when Sruti was in need of a stabilizing hand,  N. Sankar – Chairman of the renowned Sanmar Group – came forward to take The Sruti Foundation under his wing in 2006. Under his leadership, Sruti received a fresh impetus with the  recasting of the Sruti Foundation, infusion of new professional expertise,  and the Sruti office moving into the Sanmar premises, with contemporary facilities in technology and connectivity.

Integrity and Excellence have been our motto, and Sruti will continue to uphold these values which were top priority for N. Sankar. Sruti will miss his eminent presence. The Sruti team offers its heartfelt condolences to the members of the bereaved family.

Posted by Sruti Magazine at Tuesday, April 19, 2022 No comments:

Explorations: a journey of 25 years in Odissi

Ileana Citaristi’s  Art Vision closed their  year-long  silver jubilee celebrations of performances, webinars and discussions with a grand presentation of some of the landmark items choreographed by the distinguished dancer and performed  by the repertory members of the organisation on two consecutive evenings on 12 and 13 January 2022, at Rabindra Mandap in Bhubaneswar. 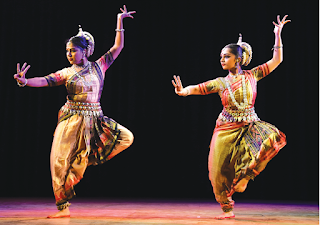 The first evening of this concluding event entitled “Explorations: a journey of 25 years in Odissi” showcased a series  of rhythmic and expressional items and was accompanied by a live orchestra. The event opened with a fine duet Mangalacharan in honour of the tandava aspect of  ‘Kapalika Siva’ based on a music composition of Prafulla Kar. This particular item has a special significance as it was the first composition for Odissi dance by Kar in 1985 and has been revived for this occasion. The bouquet of  pallavi entitled Bhangi which followed, is a recent composition by Ileana -- a short piece based  on the sabda nritya woven around the four bhangi’s  -- alasa, manini, taranga and biraja -- featuring the lasya elements, in Sabdaswara Pata composed by acclaimed Guru Gajendra. A solo abhinaya (Champu) with the alphabet “Jho” from  Kavisurya Baladev Rath’s Kishore Chandrananda Champu Jhogodi by the senior dancer  Upasana Mohanty was followed by a duet Odia abhinaya Sajani sarigali mu lajjare set to the traditional Odia raga Gundakiri. Both  the poems were soulfully sung, live, by the renowned musicologist  and researcher Gopal Panda. The duet Sparsh was a joyous interplay of movements and rhythm between two dancers responding to the percussions, created by the sounds of  mardala, manjira and khol.

The evening’s concluding item Dasa Mahavidya was originally composed in 1999 for the first batch of Art Vision repertory group and had been handed down the years to the subsequent dancers. With original Sanskrit text by the late Bhagavan Panda set to music by Ramhari Das, this beautifully choreographed successful piece has remained a signature item of the academy. Able live  support on the mardala by Satchidananda Das and Surendra Maharana on the vocals by  Sangita Panda with Ramesh Chandra Das on the violin and Parsuram Das on the flute, enhanced the appeal of the evening’s presentation.

The production called  Suta -- The Thread, had premiered at the 17th Sangam festival in November 2021.  It was an ode to  the creativity of the Odia weavers, by Art Vision, conceived by Ileana Citaristi and scripted by Devdas Chhotray; her dance composition was set to music composed electronically by Annada Prassana Patnaik. What inspired Ileana to choose this as a “performance text”? She mentions, “I got inspired by watching the rhythmic movements of the ‘tana-bana’ (warp-weft) of the weavers and the analogy of the thread with the fabric as well as with the tale, the story of life. I imagine the lives of these village girls daily linked to the making and interlocking of threads of different colours, projecting into the  fabric all their dreams, fears, imagination and aspirations. They weave not only sarees but also the story of their own life and, at the end, their life is symbolised by the fabrics they have woven. It is an ode to the creativity of the Odia weavers, their resilience and perseverance, their skill and simplicity of life.” 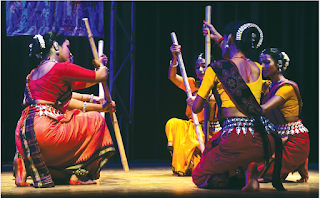 The five dancers depicting reels of thread of five colours were successful in advocating a co-relation of the narrative, singing and choreography in a spectacular manner, complete with sensations and gestures, rhythms and tones. The intelligent juxtaposition of movements of handlooms with dancing, complete with details like the movement of the shuttle, the sound of the wooden looms, brilliantly emphasised the drama of the situation. Another such memorable moment was the eyes behind the window at the backdrop when these  women visit the city and the final drop of a wonderfully embroidered sari at the end to wrap  the coffin to create a tragic climax!

While preserving a recognisable character to the classical dance form, Ileana  based on her research, perception and experience, was  inspired to bring forth the dream, trial and tribulations of women weavers in this production, where poetry inspires music, music inspires dance and dance celebrates the journey and  lives of these weavers. Annada Prassana Patnaik’s (Butto) brilliant, imaginative music was a powerful musical aid.

Meghadootam deserves a special mention for the artistic input of the projection  of watercolour tableau painted by Helen Brahma simultaneously with the choreography, merged seamlessly with the execution of the dancers. This taps on the aesthetic senses of the audience to alert their intellect and create  a vision for this form of communication.

Renowned Odia Singer Sangita Gossain not only steered the programme with elan but pepped it up with interesting anecdote and inputs of the journey of Art Vision. The reminiscences of Art Vision’s journey and their “explorations”  offered direct communication to the aesthetic response to dance. 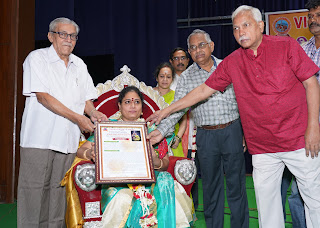 The Visakha Music Academy was formed in 1969 at Visakhapatnam by a group of rasikas, to promote and propagate Carnatic music in the city.

The 52nd edition of Visakha Music Academy’s music festival happened during the last week of November 2021. They successfully hosted live concerts everyday, while maintaining proper safety procedures to prevent the spread of the virus.  Unlike other live concerts that mostly had a time limit of two hours, these concerts extended for three hours and had a better turnout of rasikas than the organizers had expected. Artists such as Sikkil Mala Chandrasekhar and Gayathri Venkatraghavan enthralled the audience with their vidwat. The array of concerts included an equal number of instrumental, as well as vocal concerts, providing a variety of music for the audience. 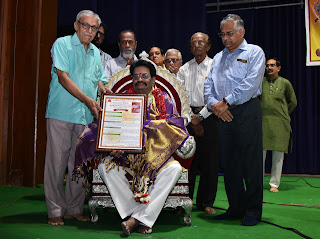 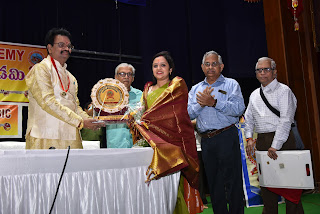 The Indo-French Reflection Group, whose official name is “Le Groupe de Réflexion Franco Indien” (GRFI) is not only familiar among Parisians but also with frequent travellers to the city. GRFI reflects the immigrant, multicultural nature of Paris. The musicians mostly amateurs, some near amateurs and a few professionals come from Afghanistan, Argentina, Bangladesh, France, India, Sri Lanka and Germany.

Thirty years is a significant milestone, and for the past three decades, GRFI has been showcasing Indian culture on French soil with monthly conferences on themes like ancient and contemporary history, arts and literature, religion and philosophy and science and technology. An annual music event is organised as a lecture demonstration.

GRFI was founded and presided by Lalitha Badrinath who has been living in France since 1965. She has worked for several years in the field of special education for specially-abled individuals. She was also an elected Municipal Councillor for Social Affairs in Buc. She has received the French Govt. award of “Chevalier dans l’Ordre des Palmes Académiques” in February 2012. 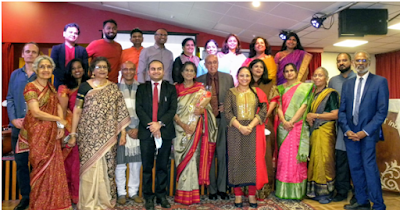 The association organises monthly conferences on various subjects. A galaxy of speakers from different fields and walks of life deliver lectures.  Big names such as Jacques Attali (France) and Karan Singh (India), have delivered lectures. Other speakers are mostly from France on subjects of great interest to the French and to the persons of Indian origin living in France.

For a person new to GRFI, the music practice sessions might seem like a day in parliament! Just like an MP trying to get the speakers attention, the members come up with many ideas that usually generate excitement and debate, and as they come closer to the annual day, they rise to higher levels and prepare themselves towards the final goal. Indian arts leads us to such goals for arts itself is spiritual in nature.

Since the beginning of 2020, the practice sessions were shackled due to the pandemic. It is interesting to note that the group had the resilience to adjust to the new normal situation. Planning, organisation and practice play a crucial part in determining the success or failure of a program. With the relentless support, guidance, and encouragement of Lalitha Badrinath, the musicians made the best use of technology with countless virtual practice sessions. She has always made efforts to inculcate discipline and quality.

Highlights of the 30th year celebration

To mark the 30th anniversary GRFI with a celebration of its past, present, and future, it dared to think big because of its heterogeneous culture. The celebration on 3 October 2021 was held in the Maison de l’Inde, Cité Universitaire, Paris with its Director Rasika Sowmyalakshmi. It was a rare pleasure as the presentation focused on three strands of music: folk music, light music (film songs) and devotional music (classical). The very idea of such a new experiment characterises the evolution of the group since its beginning. It was startling to listen to the self-composed medleys accompanied by musicians who had taken special pains to produce harmonious music.

The pièce de resistance was a Sufi song sung by both the groups, north and south, with the complete orchestra (keyboard, guitar, tabla, veena, flute, mridangam). I feel proud to be a member of such a group!

The annual event was attended by the Ambassador of India in France, Jawed Ashraf, who made a remarkable congratulatory speech with a geopolitical content.