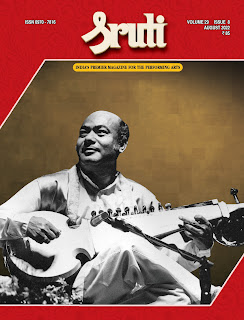 15 August 2022 is a red letter day for India  that is Bharat. The Government of  India has launched the special initiative ‘Azadi Ka Amrit Mahotsav’  to celebrate and commemorate 75 years of the nation’s  Independence and the glorious history of  its people, culture and achievements. The official journey of the Mahotsav commenced on 12 March 2021 beginning a 75-week countdown to our 75th anniversary of independence and will conclude on 15 August 2023. This Mahotsav, dedicated to the people of the country, is a festival of awakening of the nation; festival of fulfilling the dream of good governance; and the festival of global peace and development.

Let us take a look at the interesting themes of the Azadi Ka Amrit Mahotsav: (1) the ‘freedom struggle’, (2) ‘Ideas@75’ which focuses on programmes and events inspired by ideas and ideals that have shaped India and will guide us as we navigate through this period of Amrit Kaal (25 years between India@75 and India@100). It covers popular, participatory initiatives that help bring alive India’s unique contribution to the world. (3) ‘Actions@75’  highlights the steps being taken to implement policies and actualise commitments for multi-modal connectivity. (4) ‘Achievements@75’  showcases evolution and progress across different sectors  along the way. It is intended to grow into a public account of our collective achievements as a 75-year-old independent country with a legacy of 5000-plus  years of ancient history. (5) ‘Resolve@75’.

It is heartening to note that ‘Amritam Gamaya’ - the International Festival of Performing Arts, is being conducted in July-August 2022.  The aim of the festival is  “proclaiming association with the past, connecting through art and delving deep into the roots of the rich heritage of India so that succeeding generations can explore, expand and contribute to the cultural and creative economy of our nation.”

It hopes to recreate awareness of the connection between the varied forms of dance and music, both classical and folk, tribal and innovative art present throughout the length and breadth of India and trace the parallels between certain Indian and international art forms through curated presentations in various venues across the country.

In this context, Sruti magazine can take pride in playing its role in helping to document, create awareness and propagate the performing arts in India and the world.

In this August issue the focus is on the late sarod maestro, the great Ali Akbar Khan. He was a colossus of a musician whose influence on Hindustani instrumental music was immense, which has been highlighted by our eminent writers as well as his son. Sruti pays tribute to him on the occasion of his centenary. With a sense of fulfillment we are also happy to present the concluding part of the feature on Mysore Vasudevachar -- the ‘grand old man’ of Carnatic music.  A profile-article long due!

As 22 August is celebrated as ‘Madras Day’ and the Chennai metropolis gears up to celebrate the occasion in various ways, you may be surprised to know that a Mylapore anthem was composed over a decade ago! Our spotlight this time is on the anthem,  its theme and its composer.

As usual, we have several reports of music and dance events celebrating artists and the art forms in our News & Notes section. Happy reading!

To conclude on a patriotic note – as we celebrate 75 years of independence, let us decorate our hearth and homes in our national tricolour for three days beginning 13 August; let us hoist the  national flag on Independence Day; and resolve to celebrate the immortal, invincible, and intangible heritage of Bharat, and  instill pride in our rich culture. Jai Hind!